Qantas made headlines last year after announcing non-stop flights between Perth and London.

The new service will be the first direct link between Australia and Europe, and is set to launch in March 2018 with tickets going on sale in April 2017. The nearly 14,500 kilometer flight flown by Qantas’s new Boeing 787-9 Dreamliner aircraft is expected to run 14 times a week, and will rank as one of the world’s longest commercial passenger flights.

What was once a multi-day trip will turn into a much more manageable 17 hours, a welcome relief for travellers who fly frequently between the two continents.

“This is a game-changing route flown by a game-changing aircraft. Australians have never had a direct link to Europe before, so the opportunities this opens up are huge,” said Qantas Group CEO Alan Joyce.

Western Australian premier Colin Barnett has said that the deal between Perth airport and Qantas could boost the state’s economy between $9m and $36m each year. The WA state government has even committed to investing $14 million for airport infrastructure upgrades to handle the new flights once it becomes operational.

Qantas has also confirmed plans to open a new Perth International Lounge at Terminal 3 to better cater passengers flying the new service between Perth and London.

While the terminal is being converted to handle the direct flight between Perth and London, Qantas has confirmed that its international lounge at Perth Airport’s Terminal 1 will remain operational even after the new lounge at Terminal 3 opens in early 2018.

Qantas plans to move its overseas flights over to Terminal 3 once the upgrades are complete.

The Author has not yet added any info about himself 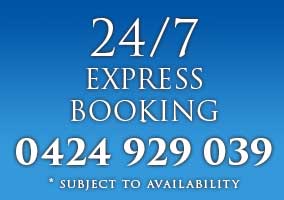 How the US Electronics Travel Ban Affects Aussie Travellers