The Board of Perth Airport has only recently announced the position of Chief Executive Officer to Mr Kevin Brown, a senior executive with extensive operational and commercial experience in airports across the UK and Australia. After undergoing a $1 billion redevelopment program, Mr Brown’s primary focus is growing operations at Perth Airport.

The task is certainly a daunting one. But Brown believes that growing Western Australian exports and bringing the tourism and education sectors closer together is the answer.

Another area that Brown is focusing on is securing more direct flights. 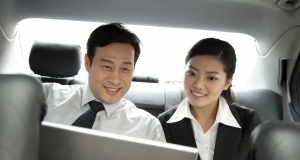 “We’ve seen some really strong growth in some of those markets and there are other markets that we believe that, if we could actually service them directly, we would see an increase in visitation from that country,” Brown said.

Perth Airport is looking to increase capacity into China as well as it is one of the faster growing outbound markets. Brown has previously stated that destination marketing is key to bringing more visitors. And developing new routes with more direct flights is only the first step. Displaying local artwork will also play a major role to make Perth Airport more of a unique and memorable destination.